Beta Glucans....not all are created equal.

False claim by Vaclav Vetvicka and AJ Lanigan is Beta glucan particulate particle size does not matter in the bioavailability and  phagocytosis process of macrophages. In an April 22, 2020 Published Report that Vaclav Vetvicka reviewed, the study found “The particle size of glucan matters and its generally known that nanoparticles with a diameter of 1-2 microns are better absorbed [better bioavailability] than large-size particles.” See extensive “Micronized” positive research at www.betaglucan.org under “Micronization.”

Beta Glucan, Natures Secret, 3rd Edition, Vaclav Vetvicka, PhD, P153-154, 2015: “It is apparent that, in the case of macrophages and phagocytosis, size really does not matter.”

Pacheco P, White D, Sulchek T, “Effects of microparticle size and Fc density on macrophage phagocytosis.” PLoS One. 2013 Apr 22;8(4):e60989. PMID:23630577; PMCID:PMC363260 . Quote: “The percentage of phagocytic macrophages was found to be strongly dependent on both the particle size and the particle Fc density. Note: Fc is an antibody molecule known as the crystallizable fragment.

Beta Glucan, Natures Secret, 3rd Edition, Vaclav Vetvicka, PhD, P153-154, 2015: 2015:,“…some companies are selling micronized glucans that are often accompanied by claims that they are more bioavailable.  It might be true.  It is unfortunate that even after more than 40 years of extensive research, there is no published scientific evidence to support this statement.”

Beta glucan when micronized (1 to 4 microns) is more bioavailable and more bioactive than large particle globular/agglomerated/aggregated (5 to 500 microns) size beta glucan particles. Taber’s Medical Dictionary defines bioavailability as “the rate and extent to which an active drug or metabolite enters the general circulation, permitting access to the site of action. The level of bioactivity is important since if a product is not absorbed by the body, it will not produce the desired effect and the better the bioactivity the faster the desired effect is obtained.

Zechner-Krpan V, et a,  ,2010. Quote: “…Biological activity of B-glucan can be improved by reducing the size of its particles.  …The particles having 1-2 µm [microns] in diameter are optimally phagocytized by macrophages.”

Macrophages and Neutrophils do not have receptor sites for beta glucan 1 to 2 microns in size but only several molecules in size.

“Some retailers and even manufacturers are using pseudoscientific claims. They may claim the advantage of extra-small size, suggesting that cells involved in internalization and subsequent transfer of glucan, such as dendritic cells, macrophages and neutrophils, have ‘receptors for the beta glucans approximately 1-2 microns in size.’  …It is clear that these salesmen do not realize what they are talking about, as macrophages have glucan receptors the size of only several molecules.  ..Yet they are able to phagocytose material of more than 20% of their own size …”.

Dr. Paul Clayton, former Senior Scientific Advisor to the UK government’s Committee on the Safety of Medicines and Research Director of Medical Nutrition Matters, a post-graduate course in Oxford to teach nutrition to GPs and other health care providers states, “Size matters. The molecular size of the beta glucans also appears to be important. Particles of approximately 2-6 microns in size appear to be most effective.”

False Claim: Beta Glucan from Oats and Barley (Beta 1,4 Glucan) is beneficial in cholesterol management, but not Beta 1,3/1,6 Glucan.

Frank Jordan, Research Director for Nutritional Scientific Corporation, stated without reservation the claim by WebMD has not been made by NSC nor is it found in U.S. Patent 6,476,003 apparently referred to by WebMD on which he is Co-Inventor; thus the WebMD claim with regard to NSC is false.

What is stated in U.S. Patent 6,476,003 in which Frank Jordan was Co-Inventor with Kenneth W. Hunter ScD and Ruth Gault PhD from the University of Nevada School of Medicine, Dept. of Microbiology  is  Quote: “…. As the glucan re-aggregates to a size of greater than one micron in diameter, some of the beneficial effect of the glucan is not achieved because the macrophage receptors are not activated as readily by glucan greater than one micron in diameter because the receptor size on corresponding cells and molecules that accept the glucan is generally about one micron in size.”

In further published research in the Letters in Applied Microbiology by Kenneth W. Hunter ScD et al from the U. of Nevada School of Medicine, Dept of Microbiology, the peer reviewed research (PubMed 123586685) stated, “…there was evidence that macrophages…, preferentially ingest particles in the 1-2-µ [microns] diameter size range. … Although both aggregated and microparticulate glucans enhanced peritoneal macrophage activation when administered orally in mice, the microparticulate glucan was significantly better than the aggregated form“  Although notified with reliable evidence of the WebMD error, to date WebMD regretably and without explanation has not corrected the misstatement as it pertains to Nutritional Scientific Corporation (NSC) containing the false information. 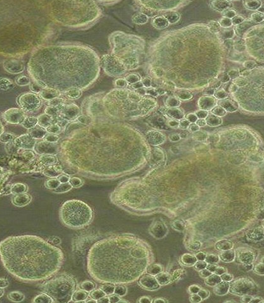 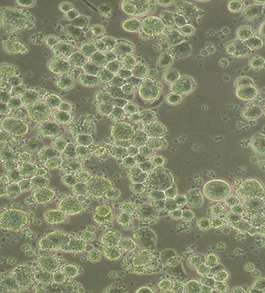 The American Medical Association publishes the Journal of the American Medical Association or JAMA; and has no association with the JANA publication.  JANA research is not listed in PubMed, the U.S. National Institutes of Health (NIH) free digital archive of biomedical and life sciences journal literature – considered by researchers and healthcare professionals to be the gold standard resource for credible scientific studies.

Neutraceuticals World reports, [At JANA,] “The rigor of peer review is very low as a notable number of the authors of articles do, arguably, have a conflict(s) of interest.” – See more at http://www.nutraceuticalsworld.com/contents/view_online-exclusives/2008-01-01/the-american-nutraceutical-association-under-the-m

An example of potential conflict of interest involves V Vetvicka with many JANA articles on beta glucan while participating in “cooperation,” according to Vetvicka’s personal website, with Transfer Point – #300 glucan (owner: A.J. Lanigan), although undisclosed in JANA research or other articles promoting #300 glucan.  http://www.glucan.us/cooperation.html